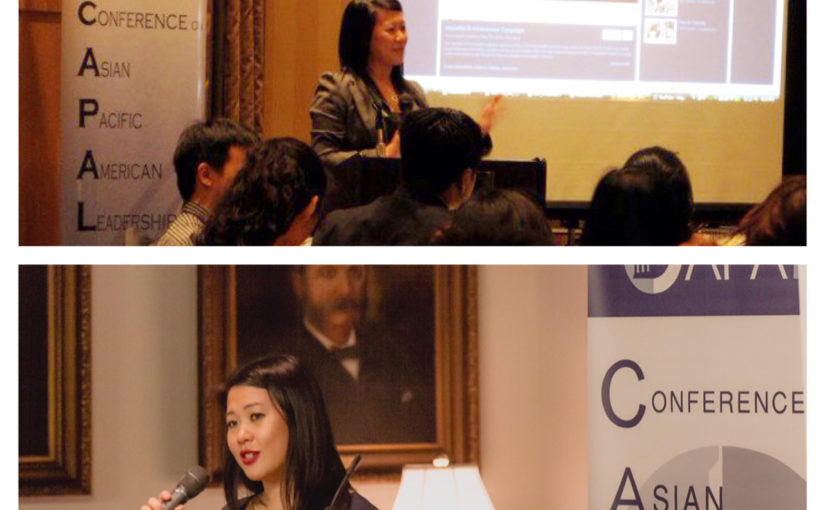 I believe everything happens for a reason. In this case, the Conference on Asian Pacific American Leadership (CAPAL) came to me at the right time in my life.

As my classmates and I crammed in practice case interviews between our group projects and problem sets during graduate school, I wondered if there were summer internship opportunities beyond the companies recruiting on campus.

And I wondered what it would be like to work for the mystical federal government. Could I really make a difference? Would I be taking too much a risk by straying from what my classmates were doing? Would I put my degree to good use? Could I get paid? Could I get a full-time job afterward? It was by a stroke of luck that a friend told me to apply for the CAPAL Public Service Scholarship and try out a summer in Washington.

And so I threw my name in the hat. But with only a few weeks left until summer, I was skeptical of my chances because I had not heard anything. But then, I got a call from the Department of Health and Human Services (HHS), offering me a summer internship. And CAPAL had agreed to fund my internship.

The summer interning with HHS was transformative. I worked in the communications office for Dr. Howard Koh, Assistant Secretary for Health, and also supported the Surgeon General of the United States. The issues that I worked on – coordinating a response to the Gulf oil spill to the launch of health reform and the First Lady’s Let’s Move! initiative – were affecting millions of Americans and shaping the health of the country at large. I was inspired by Dr. Koh’s commitment to Asian American and Pacific Islander health issues, from addressing disparities like hepatitis B and diabetes that disproportionately affect the community to making information accessible in Asian languages. The internship in Dr. Koh’s office sparked a passion in me that I wanted to continue professionally.

The best part of my experience as a CAPAL Scholar was not only my job, but also the community I became part of. Every Wednesday, I joined nearly a hundred other interns in CAPAL’s Washington Leadership Program, a seven-week policy and leadership development series geared at AAPI interns. I cannot forget the inspiring remarks by Kiran Ahuja, Executive Director of the White House Initiative on AAPIs, and Congresswoman Judy Chu as they shared stories of their paths through public service. It was one of the first times I had seen strong AAPI women in such important positions making a difference for the public and for the community.

After that summer interning in DC, I wanted to come back. And so I did after graduation, and decided to apply for CAPAL’s Board of Directors. During my three years on the Board, including one year serving as CAPAL Chair, I learned firsthand the commitment and long hours of an all-volunteer board in putting together the organization’s many youth development programs, including the CAPAL Scholarship and Internship Program and the Washington Leadership Program. I am thankful for the leadership experience gained through both my summer experience as a CAPAL Scholar and on the Board.

I can honestly say I would not be where I am today without CAPAL. It opened doors for me to explore and pursue a career in public service. It provided me the opportunity to gain hands-on experience working in the federal government and connected me to the right people to continue that journey. And in its 25th year, CAPAL continues to open doors for students beyond me.

For students who are wondering what public service is all about, I encourage you to apply for the CAPAL Public Service Scholarship by March 14,2014 and Federal Internship Program by March 7, 2014, and participate in the Washington Leadership Program this summer.

Rebecca Lee is an Advisor for the White House Initiative on Asian Americans and Pacific Islanders. In this capacity, she oversees the Initiative’s strategic communications portfolio. Rebecca joined the Initiative as a President Management Fellow from the U.S. Department of Health and Human Services, where she has worked in its public affairs, health information technology, and public health offices. Prior to her fellowship, she was a senior consultant at Booz Allen Hamilton specializing in strategic communications for federal health clients. Rebecca received her BS from Cornell University and MPH from Columbia University. At Cornell, she led a diverse coalition to found the Asian & Asian-American Center, a resource center for the AAPI community on campus. Rebecca served as Chair of CAPAL in 2013. Under her leadership, CAPAL awarded an unprecedented number of scholarships to students to take on public sector internships and had the largest graduating class of its annual Washington Leadership Program.

* Titles are used for identification purposes only.