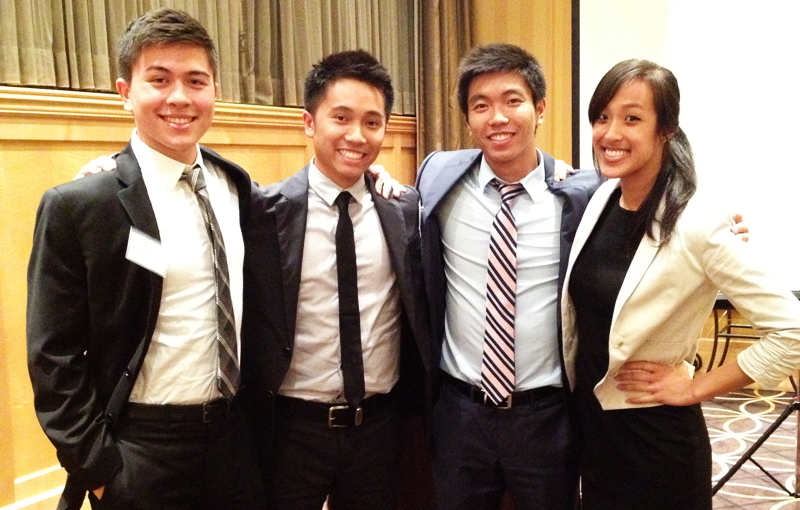 As a CAPAL intern this past summer, I gained experience working for an impactful federal agency and had the opportunity to learn about Asian Pacific American (APA) issues across the country. By working in a federal agency and also getting involved at CAPAL events, I had the opportunity to synthesize and integrate the APA experience and perspective into the public sector, as there is a small APA presence in the public sector. Such unique opportunities are uncommon, which makes my time as a CAPAL intern special.

Before beginning the CAPAL Federal Internship with the United States Department of Agriculture’s Forest Service in Washington DC, most of my previous experience was in the San Francisco Bay Area, where I’m originally from. My interest in APA issues began when I interned with a local political campaign in high school and became interested in voter mobilization and the importance of multilingual access at the polls on Election Day. More specifically, I was concerned that language barriers could limit the ability for minority groups to exercise their right to vote, especially the APA community. I was eventually able to work on this issue as a Voting Rights Intern with the Asian Law Caucus in San Francisco for the 2012 elections, which I found to be an incredibly rewarding and enriching experience.

However, my awareness of APA issues has certainly expanded since then, and I credit CAPAL’s plethora of programs for broadening my knowledge of matters that impact my community both locally and nationally. The insight I gained through the internship was tremendously impactful – not just because of my daily work with the United States Department of Agriculture’s Forest Service, but also through CAPAL’s offerings, such as the Washington Leadership Program (WLP) and the Roundtable discussions with APA leaders.

The WLP was one of the highlights of my summer. Each week, my fellow CAPAL interns and I listened to prominent members of the APA community speak. In addition to the fascinating speakers and discussions from each WLP session, these events were a great opportunity to meet fellow interns and share our perspectives and common interests in APA issues and establish lasting friendships.

Most importantly, my internship this past summer was memorable because of the people that I had met and worked with. I credit my supervisor and staff at the Forest Service, my CAPAL mentor, and the CAPAL Board Members for being incredibly helpful and insightful during my time in D.C. Each was more than willing to share their experiences and provide advice and assistance in pursuing my career interests. I’m extremely grateful for their help. Whether it was receiving advice about working in the public or private sector, discussing APA issues, or attending professional development events, the mentoring opportunities available were extremely valuable as I start to pursue a career in both law and public service.

Looking back on my time as a part of CAPAL’s Federal Internship Program, I can say with certainty that it has been an incredibly influential internship experience. As my time as an undergraduate comes to a close, I hope that my career will lead me back to Washington D.C. in the near future. I know my experiences as a CAPAL intern have prepared me well for my future endeavors. If you are interested in public service, I can think of no better opportunity to participate in an incredible internship experience with CAPAL in the nation’s capital.

Jared Leung is currently in his fourth year at UC Berkeley. He is a Political Economy major and a Public Policy minor, and is currently working to complete his senior thesis, which focuses on the implications of redevelopment of the Central Market neighborhood in San Francisco. A born and raised San Franciscan, he has spent the majority of his life in the Bay Area. As a CAPAL intern this past summer, he interned with the United States Department of Agriculture’s Forest Service. After graduation, Jared hopes to pursue a career in law and public service. In his free time, he enjoys following the San Francisco Giants, the 49ers, and the Warriors, playing soccer, and exploring new restaurants around the Bay Area.