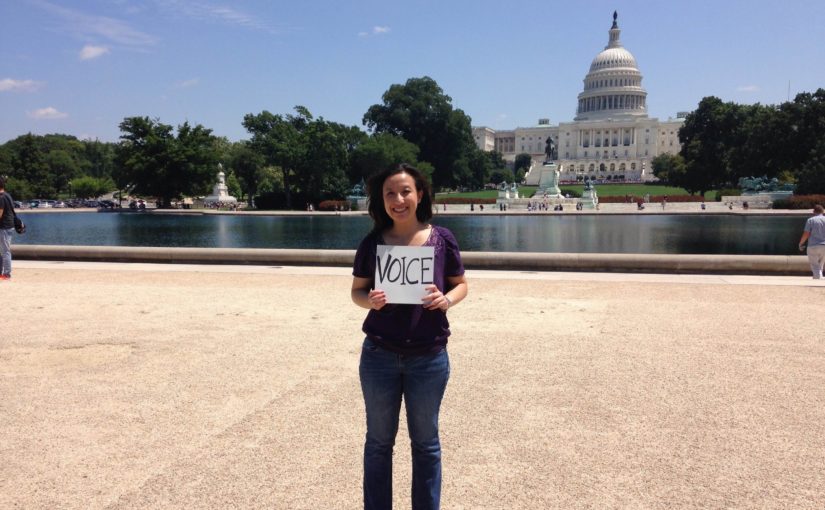 As a Vietnamese American woman, my experiences in public service are influenced by CAPAL’s efforts, providing me the power of voice in two capacities: being a voice on behalf of other AAPIs and helping other advocates find their own voice.

My current role as a communications specialist at a national nonprofit allows me to inform the public about AAPI issues. I tell the stories of how legal barriers are addressed for disadvantaged communities through traditional media and social media platforms. The intersection between my AAPI background and communications work ensures that the culturally sensitive issues of underrepresented groups are accurately depicted in the public. I learned this lesson early through participating in CAPAL’s Washington Leadership Program (WLP) series throughout my 2006 summer internship. It is through my nonprofit work that I can be a voice on behalf of Asian Americans Overcoming adversity.

Additionally, CAPAL equipped me to help other Asian Americans find their own voice as advocates with my community action plan (CAP). My plan was a petition letter campaign to strengthen human trafficking policies in the state of California. After my internship ended, I implemented my CAP through mobilizing my fellow students at UC Berkeley. Along the way, I met victims of sex trafficking who had incredible stories of survival. I altered my CAP to focus on identifying platforms that allowed survivors to voice their personal narratives. In coordination with them, the survivors told their stories to the press (including NBC), at Spoken Word poetry events, on panel presentations, and with their handmade quilts put on display in the classroom hallways. My CAP taught me that providing those with disadvantaged backgrounds with avenues to speak was key to successful advocacy.

These experiences can be attributed to CAPAL’s board members who informed my career path. I am most grateful for the continued support of former board member, Janelle Hu, who was my CAPAL mentor throughout my internship. To this day, we support each other, sharing knowledge, insights, and connections related to our fields so that we can professionally develop as public servants. Connections through CAPAL also led me to new opportunities. Fast forward seven years later after my internship, I ended up as a colleague and the communications director for 2013 Virginia state delegate candidate, Hung Nguyen, who is a current CAPAL advisory board member. These two influencers in my career path demonstrate that CAPAL cultivates a pay-it-forward culture.

I give back because I did not embark on my public service journey alone. CAPAL’s network has supported me since the beginning. The voice of another CAPAL alumnus, Trevor Nguyen, opened the door to public service for me.  I was inspired to apply to CAPAL after hearing about Trevor’s experiences. This door brought me to intern at the U.S. Department of Veteran Affairs, which affirmed my interest in public sector work.  Today, I support CAPAL by serving as a mentor and sharing my insight on navigating the public policy world as an Asian American.  I hope you can help carry that torch with me and lend your voice. Whether you decide to give your testimony on CAPAL’s impact, help the current board select scholars, or encourage potential scholars to apply to CAPAL’s program, you are building the pipeline for the next generation of AAPI leaders.

Tonia Bui is the 2006 CAPAL Asha Jaini Emerging Leader Scholarship recipient. Tonia previously served as the Communications Director for the Nguyen for Delegate Campaign (VA-67). Her efforts to build stakeholder engagement stems from her experiences serving as an outreach coordinator at the Consumer Financial Protection Bureau and as the Member Outreach Assistant to Vice Chairman of the House Democratic Caucus, Rep. Xavier Becerra (CA-34). She is also a former legislative intern for the offices of U.S. Senator Barack Obama (IL-13) and California Assemblywoman Fiona Ma (CA-12). She also led the Asian American voter outreach efforts for the Darcy Burner for Congress Campaign (WA-08) in 2008. Tonia is the author of “Shaping the Mainstream as an Asian American Woman: Politics Within Politics,” published in the 2014 Harvard Asian American Policy Review. Tonia received her Master in Public Policy from American University and B.A. in Mass Communications and Gender & Women’s Studies from the University of California, Berkeley.