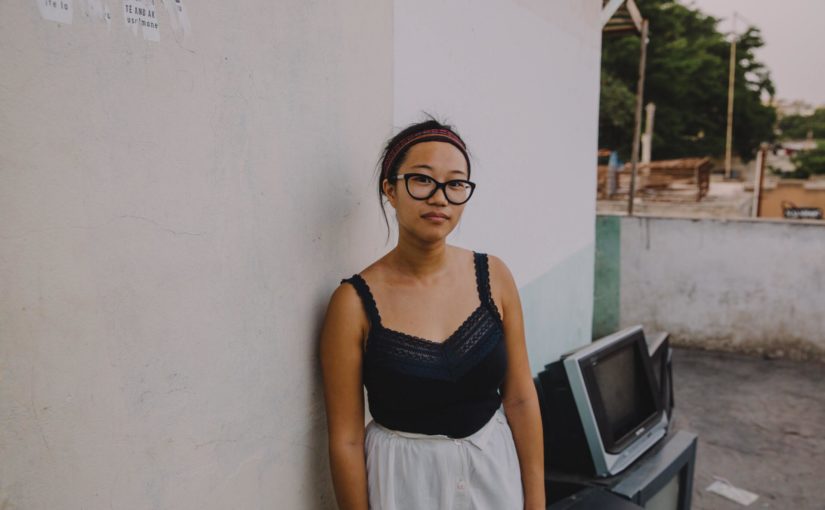 Patricia Choi is a rising senior at the University of California, Berkeley as a Political Economy major with a minor in Global Poverty and Practice. Patricia will be interning at the U.S. Forest Service at USDA this summer, working on the implementation and assessment of its new Emergency Medical Program.

I did not expect to become part of such a huge network of AANHPIs, both first generational and multi-generational, that has become so successful in the federal government. Born to immigrant parents, I grew up knowing absolutely nothing about civic participation. I didn’t know the first thing about politics and had never thought about a career in public service. Quite frankly, I didn’t know that was an option, and even less so for AANHPIs. After becoming more knowledgeable on and involved in government-related occupations, I still did not find it strange that AANHPIs are such a minority in the federal government despite mak

ing up a significant portion of our population. However, CAPAL has taught me to see this as an issue. It is constantly challenging me to think about my community in the larger context of the U.S., rather than confining my “community” to where I grew up and where I go to school. Discrimination and other social issues have not always been apparent in my own life. However, I learned that that doesn’t mean AANHPIs are free from these struggles altogether. It is my responsibility to know about the needs of my people so that I am always prepared to represent us, teach others about the difficulties we face, and fight for our rights. This is why our lack of representation is an issue. If we do not demand a seat at the table, these issues will never come into the light, and generation after generation will think, as I once did, that it is normal to have a government that does not represent them

We live in a country where we are taught that, as long as we pursue the things and the life that make us happy, everyone around us will be able to pursue the things and the life that make them happy. For example, if I start a company, I can create jobs, my employees will have salaries, and they will, in effect, have access to everything they want and need. I’ve learned that this is false. I cannot continue to live in a world where we ignore that people come from different places, some better than others, and that there are barriers put in place to keep people in their places. Public service is how I hope to undermine this fabricated, Utopian view of our society. I do not want to fix the system by putting my desires and material well-being first and hoping that someone just happens to be affected positively, I want to be sure that each of my actions is used to change the dire situation of someone who does not have the agency to do so themselves, and to support those who cannot do it by themselves.

At the US Forest Service, I am working on operationalizing the new Emergency Medical Services (EMS) program. I am in the process of creating a report on disciplinary actions that our agency would take in the event of an employee violating the terms of their certification as a US Forest Service EMS provider. To do so, I have been speaking with various healthcare related organizations, divisions of the Forest Service, and state EMS departments.
I am also working with the National Coalition for Asian Pacific American Community Development alongside other CAPAL interns this summer on three different projects. The first is to use health data to determine the effects of gentrification on the health of displaced AANHPI communities. The second is to mark where housing subsidies for AANHPI communities are expiring in the next two years so as to inform the population that live in those spaces and to determine next steps. The third is to look at the effects, if any, of Opportunity Zones, as created through the new tax bill, on AANHPI communities.

Automatic flush toilets upset me.
I’m not a fanatic, but I’m really into spaghetti western soundtracks and electro swing.
I’m obsessed with line dancing, but don’t know any line dances.
I wish I was a farmer.