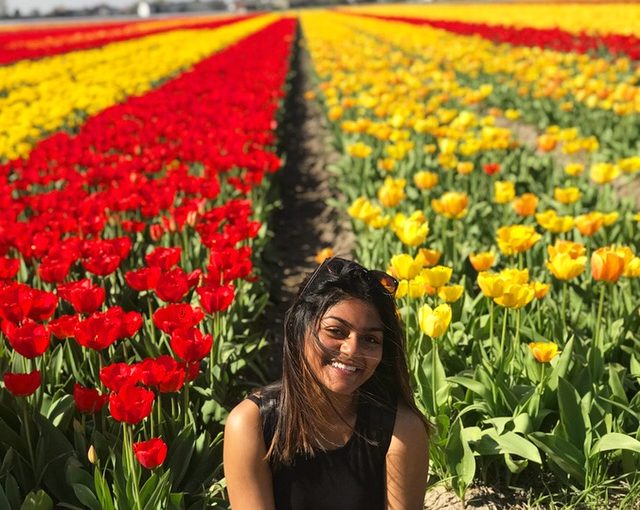 Nishara is a rising senior at Scripps College studying Economics and Feminist, Gender, Sexuality studies. This summer, Nishara is working at the Child’s Welfare League of America in its Practice Standards department. There, she will work alongside experts to develop evidence-based methodologies that aim to help public and private agencies obtain optimal outcomes for children and families on welfare.

I did not expect for my office to be around the corner from the White House, directly across the street from the American Bar Association, and within eyesight of the U.S. Department of the Treasury and the Washington Monument! Coming from Southern California where my surroundings are characterized by palm trees and bumper-to-bumper traffic, I find it so incredible to be able to work in a metropolitan area from 9 to 5 and then, pass the Potomac river on my way home in Arlington, Virginia.

Public service is important to me because it builds towards a future where people care for others and fight for causes even when we don’t necessarily have to. Without public service, communities would continue to be systemically marginalized, voices would go unheard, and everyone would just be entirely disconnected from one another. Public service gives people the freedom to follow their unique passions and still make positive impacts on society. That being said, public service is not just the type of career you take on. It’s the intention driving your career that defines your work as public service. It’s really important to constantly reflect on why you’re doing what you’re doing and to remain honest with your work.

As a Practice Standards researcher for the Child Welfare League of America, some of the main projects that I will be primarily focused on this summer include: publishing reports on how the United States can effectively address its child trafficking epidemic from both preventative and rehabilitative standpoints; researching information on how U.S. immigration procedures have endangered unaccompanied minors from Mexico, Latin America, and other regions; and identifying the most effective fiscal strategies for states to practice in order to best serve children and families on welfare given the Families First Act. These projects are all intimately connected to my personal and professional mission to serve and protect vulnerable children and families from discrimination, exploitation, and other threats to their safety and well-being.

I don’t know if this is a symptom from being in Europe for a semester or a sign of adulthood, but I drink black coffee now.

What is the best piece of advice you have received?

The best piece of advice I have received is to be intentional, not transactional when you build relationships with people. Sometimes the people who you hope to be there for you and pull you up, may not be reaching down for you. That is why it is so important to take advantage of your cohort, build each other up, and move forward together.