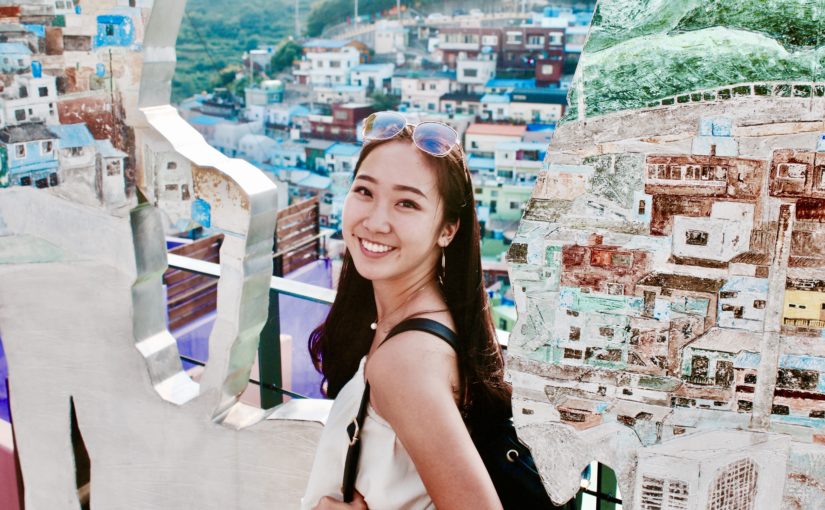 Hi everyone, I am Angela Tran (Shea), a member of the 2018 cohort of the Conference on Asian Pacific American Leadership. I am currently an incoming sophomore at Pomona College, double majoring in economics and mathematics. This summer, I am an intern at the USDA Economics and Marketing Service.

I was born in San Gabriel, CA. At the age of 5, my family moved to Shanghai, China, and I studied in an international class at a native Chinese elementary school. Unlike most international schools, my classmates and I spoke Mandarin Chinese as our first language, and English was merely a second foreign language that we studied in class. To me, my American identity was very vague and intangible–it was merely embodied in the little navy book that followed me wherever I travelled. Even at the end of my five years in Shanghai, I was still learning out of a textbook that was the equivalent of a third-grade grammar book in America.

However, during those five years, I gained a deep appreciation and love for my culture and heritage that I could not have gotten anywhere else. The experiences I acquired in Shanghai built my character and the person I am today. It was there, that I identified as Chinese; I felt at home.

Ironically, I also loved my experiences in Shanghai because of my American identity–I was born in America, so that made me an American, a foreigner. My international class had special air conditioning installed in our classroom, and we even special lunch food, which included steak, pasta, and bread, that differed from that of the native Chinese classes. I even won a Chinese youth broadcasting competition because there was an international division. Born in America, but as a Chinese, was truly a special and privileged experience in Shanghai–at the time, I loved it.

However, at the end of elementary school, my family returned to the US, and we lived in Arcadia, California, a city which more than sixty percent of the population identifies as Asian American. There, I didn’t quite identify as an American. Although I was immersed in an environment which the majority of my peers looked like me, I also soon realized that, though I pronounced English fluently and accurately, my writing, and reading abilities were way behind that of my peers. I distinctly remember when my sixth grade history teacher called my mother and informed her of the first D that I received on my first exam. My mother told her, “Sorry, she doesn’t understand English that well–she just came back to America.” My teacher was shocked when she learned of that. And also because of that D, when my friends went to the movies or parties over the weekend, I would stay at home, combating grammar book, after grammar book.

I also didn’t feel so American because of my deep sense of connection with my Chinese heritage. Strangely, for most young Asian Americans in my community, internalization and media’s wide portrayal of Caucasian representation caused them to distance themselves from their culture. Whereas I felt proud of where I came from, most of my peers felt indifferent and even ashamed, and I have personally witnessed some of my friends’ lunch boxes changing from flavorful, delicious fried rice, and dumplings to dry lunchables and PB&J’s (not that they weren’t good, I also kind of like them now, but you get my point).

Thus, in both Shanghai and Los Angeles, the term “Asian American” never resonated with me until I started attending college. I was automatically placed into the Asian American Mentorship Program at Pomona College, where I met many Asian American, Native Hawaiian, and Pacific Islanders who came from all kinds of backgrounds, and we shared the same regard for AANHPI-related issues. Looking back at the community that I came from, I felt an urgency–a responsibility to not only raise awareness for AANHPI issues, but also to take action.

Thus, I applied to CAPAL; I wanted to learn more, and do more. Luckily, I was chosen as a finalist, and ultimately matched with the Economics and Marketing Division at the United States Department of Agriculture. Before arriving in Washington, D.C., I imagined the program to be fairly limited to the internship component. However, when the piles and piles of emails from Felicia, Liz, Victoria, and many other board directors came flooding into my inbox two days before my flight to D.C., I knew I was going to have an awfully busy, but fulfilling summer.

Upon arriving, I learned that I was matched with three mentors, who all have more than 10 years of professional experience in the private and public sectors, and one mentor from the CAPAL board of directors. I recently met with Colin Huerter, an international economist from the US Treasury. The experience was absolutely rewarding. After a long, two-hour dinner where he tirelessly answered question after question about how he applies his technical background to his work, I left the meeting learning so much about the wide applications of my studies to the public sector.

I also did not anticipate the large number of opportunities to meet with other AAPI interns in D.C. and to attend intimate, roundtable discussions with AAPI leaders, insider trips and tours to the Pentagon, CIA, etc., summits regarding higher education and equity, and panels, meetings and events almost every other day of the week.

Lastly, I am able to witness decisions made at the national and international levels during my internship. I had the privilege of working with and attending meetings in multiple economics divisions throughout USDA, and some of their work included purchasing excess inventory from national producers and providing them to school lunch programs, food banks, and prisons. The economists I work with analyze the impact of these purchases on domestic and international market conditions, and the large scale of work that everyone around me is doing is truly phenomenal.

I am glad that I chose to spend this summer with CAPAL; so far, it has been my best summer yet.

All of CAPAL’s scholars and interns are required to complete a community action project, which groups of 4 or 5, working under the advisory of non-profit organization, conducts a research or study related to AANHPI issues. This summer, my team is working with the National CAPACD (Coalition of Asian Pacific American Community Development), and we are currently analyzing the impact of hot-market communities and gentrification on the health of low-income AANHPI’s. As an economics and mathematics double major, I was able to directly apply my skills and knowledge to our research. I was immensely proud of how directly impactful our work is to local AANHPI communities–the national database that my team is building, which has county, zip code, and even FIPS code-level health and opportunity zone eligibility, can allow anyone to lookup whether or not the building that they are living in is soon to expire in subsidy, or the life expectancy and other health indicators of the zip code that they are living in. The direct experience I am having with research, public policy, and real-life events and crises–left me in awe of how important public service is.

What is something that people usually don’t expect or know about you? AND

Although I am quite a math-y and econ-y person, I did not decide to pursue such a technical career path until college. During high school, I spent the majority of my time on artistic activities: piano, dance, and graphic design. I was a competitive pianist, and even performed at the Carnegie Hall in New York as a winner of an international competition. I also was the national champion of showstopper dance competition in ballet for two consecutive years. Besides all of that, I also enjoy being a freelance graphic designer in my spare time. 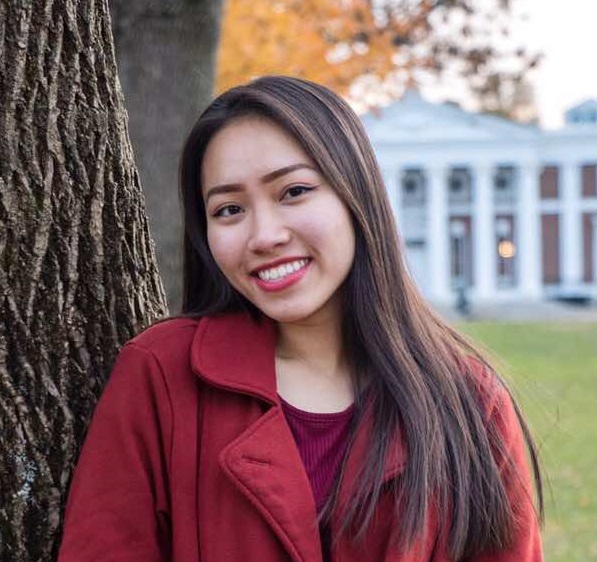