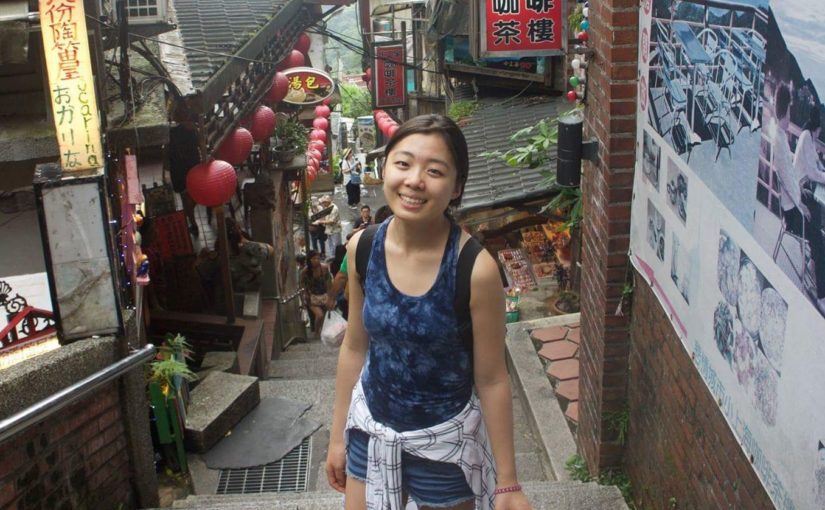 Juo-Hsi (Sylvia) Peng ’20 is an International Studies Major with concentrations in Economics and Political Science at Vassar College, NY. She plans to declare a minor in Mathematics and Statistics. This summer she is interning at the USDA Forest Service in Sacramento, CA.

As an immigrant from Taiwan, I grew up facing the English barrier. Even though the whole experience was temporary, I resented that I was treated as inferior and irrelevant simply because of the way I spoke. Fortunately, my college education gave me the language skills and confidence to speak up for myself. It also taught me that many people’s sufferings and marvelous stories are left unheard. Whether it be language barriers or racial and sexual identity, socioeconomic status, geographic location, and citizenship, people’s human rights are violated over uncontrollable aspects of themselves. I never feel like I did anything special to deserve my educational opportunities, so through public service I can help those that were not given the same opportunities.

Why did you decide to spend your summer with CAPAL?

People usually do a double take when I tell them that I am an international studies major from New York interning at the Forest Service in Sacramento. When I first received the offer, I knew it was a good opportunity to understand how government agencies work. I was curious how the U.S. largest public service organization make changes to the country.

However, I was really attracted by the idea of going somewhere I’ve never been and doing work that I am unfamiliar with. A large reason why I majored in international studies was that I like to be exposed to things foreign to me. Since I did not have a background in resources management and environmental conservation, I was able to learn from my co-workers why they care immensely about what they do. As a field intern, I am able to interact with communities and tribes living near national forest land and learn what really matters to them.

This summer I will be organizing the mandates and first meeting on cross agency legislative knowledge share. The goal of this committee is to gather together public affairs specialists from the federal, state, and county side of resource management to share initiative and knowledge on legislative changes. I am also working to conduct an interactive study on the Forest to Faucet project at the Californian State Fair.

For the Community Action Project, I am partnering with the Asian Americans Advancing Justice to write blogs on the impacts of telecommunication in Asian communities. We hope to show that the Asian community is not immune to the digital divide, and showcase how the community also use technology as a way of self-empowerment.

I am deathly afraid of roller-coasters.

I really like to do nature hikes, so living in California has been heavenly! My supervisor took me to the Inyo National Forest on the first week of the internship. In July, I will be visiting the Klamath National Forest. Last weekend, I went hiking in Muir Woods and Angel Island, and I plan to visit Lake Tahoe and Yosemite before I leave.