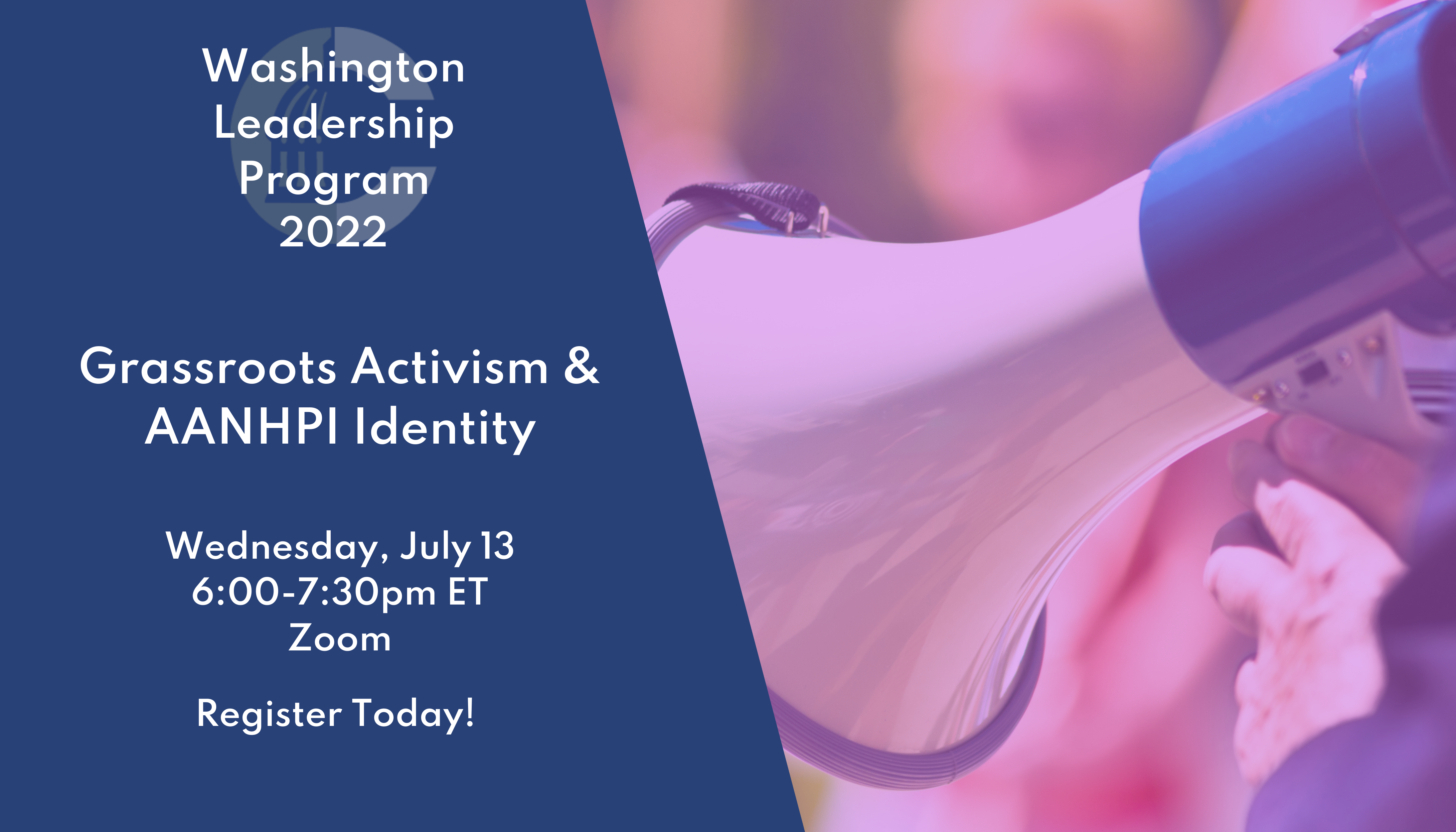 This session will focus on local movements and initiatives from the AANHPI community to create change and directly impact communities across the U.S. Topics of discussion include identity-building, community outreach, and empowering oneself to take the first steps to make an impact. Attendees will learn about the tools in which to initiate calls to action, tap into networks, and leverage one’s personal passions and experiences as a means to uplift those around them. 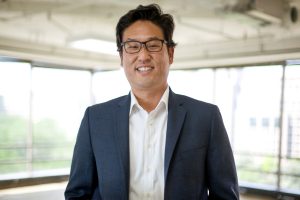 Joon I. Kim serves as Associate Vice President of External Affairs for Comcast Corporation. In this role he is responsible for strategic partnerships with Asian Pacific Islander American community groups and left of center national policy advocacy organizations. Joon works with these organizations to develop and advance their engagement with programs such as Internet Essentials, Comcast RISE, and digital equity. His expertise lies in mentorship, organizational development, designing and implementing culturally competent programs that combine targeted outreach and coalition building with digital and grassroots organizing. Prior to joining Comcast in 2021, he spent 21-years working political advocacy advising center left political parties, advocacy campaigns, labor unions and corporations in Australia, New Zealand, Europe and the U.S. 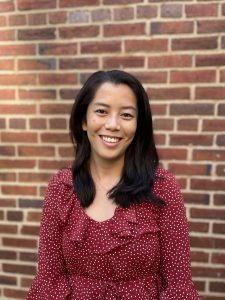 Jasmine Stoughton is the Program Manager of PPI’s Mosaic Economic Project, which brings together a network of diverse women who are experts in economics and technology – fields where women’s perspectives are grossly underrepresented. Prior to joining PPI, Jasmine was the Program Director at The Welman Project, a small nonprofit organization in Fort Worth, TX. Jasmine has served as a senior staffer on multiple statewide and local campaigns, and she worked in the office of State Representative Shawn Thierry during Texas’ 85th Legislative and Special Sessions. Jasmine holds a BA in Political Science from St. Edward’s University in Austin, TX. 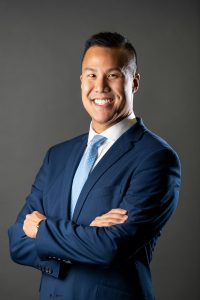 James Chan currently serves as the national API Civic Engagement Director at SEIU (Service Employees International Union), an organization of 2-million members united by the belief in the dignity and worth of workers and the services they provide and dedicated to improving the lives of workers and their families and creating a more just and humane society. He most recently served as the Florida State Director at SiX (State Innovation Exchange), where he supported the work of progressive state legislators in messaging and pushing forward progressive policies with grassroots partners. He has worked at the Florida 501c3 Civic Engagement Table, for former Florida Chief Financial Officer Alex Sink at the Florida Next Foundation, as well as Target Corporation’s government affairs team. James is an alumnus of Leadership Florida as well as New Leaders Council. In 2019, former U.S. Senator and Florida Governor Bob Graham presented James with the Young Floridian of the Year award. James has been named a Rising Star in Florida Politics by INFLUENCE Magazine. He has also been trained through the APAICS National Leadership Academy to run for public office, as well as the Victory Institute Empowerment Fellowship. James earned his MPP from the University of Minnesota’s Hubert H. Humphrey School of Public Affairs and his BA in Political Science and Business Administration from the University of Florida. 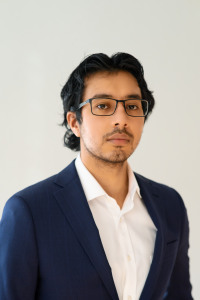 Mohan Seshadri is the Executive Director of the Asian Pacific Islander Political Alliance. He is also currently serving as the co-chair of the Asian American Power Network. Previously, Mohan managed electoral and organizing programs for Planned Parenthood across Central and Eastern Pennsylvania. From 2019-2020, they served as the Executive Director of the Governor’s Commission on Asian Pacific American Affairs. He co-founded multiple community organizing programs across Pennsylvania including the Philadelphia chapter of the Asian Pacific American Labor Alliance, the Lehigh Valley chapter of DSA, and the AAPI PA Power Caucus.

In the last 4 years – Eric spearheaded community outreach and advocacy programs in Nevada focusing on educating, connecting, and empowering the Asian and Pacific Islander community. Previously, Eric was an executive assistant for a Washington, DC-based private equity firm. Eric also worked as the national travel coordinator for a presidential campaign from 2015-2016 and on grassroots organizing effort for a national PAC since 2013. Eric got his start as an advocacy intern for the Taiwanese Americans Citizens League and as a research fellow at the Senate Homeland Security and Governmental Affairs Committee. Eric later joined the Small Business Administration (SBA) to work on President Obama’s key policies such as small business innovation and entrepreneurship in underserved communities. Eric attended National Taiwan University and graduated from the University of Wisconsin – Madison (Go Badgers!). 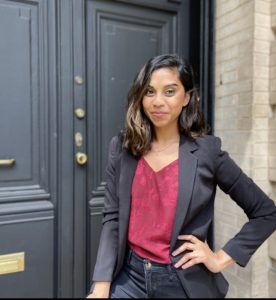 Nadia Nisha Belkin is the founding Executive Director of the Asian American Power Network. She comes to this role with vast experience in the progressive political and infrastructure building spaces both nationally and at the state level. Prior to this role, Nadia served not only as the National Deputy Field Director but as the Colorado State Director at America Votes. As the first woman of color to hold both positions, she facilitated the development of electoral plans and long-term power building in the progressive issue advocacy arena. Nadia grew up in Colorado and has invested in local and statewide civic engagement through her work on grassroots and hard side campaigns. As an Indian American Muslim woman, Nadia has worked to elevate the voices and profiles of people of color. In 2020, she was named in The National Association of Asian Pacifics in Politics and Public Affairs “40 Under 40” list for her work and commitment to building out AAPI voter engagement in key battleground states. She remains professionally focused on producing innovative and strategic ideas which will cultivate relationships within the progressive community across multiple audiences. 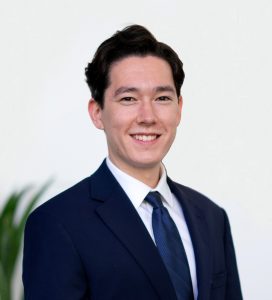 Peter Lee Hamilton is the founder and chair of Young Asian Pacific American Leaders (YAPAL), a national civic-engagement organization for Asian Pacific Americans. He is also the founder and lead organizer of the National Korean Student Alliance (NKSA) and the Korean Association Presidents’ Summit (KAPS), a community organization for Presidents of collegiate Korean Student Associations and Organizations around the country. He is currently completing his JD/MBA at the University of Virginia and received his Bachelors of Arts in Government from Georgetown University.