2019 Washington Leadership Program Session III: Disaggregating on the Job – Equity in the Workplace 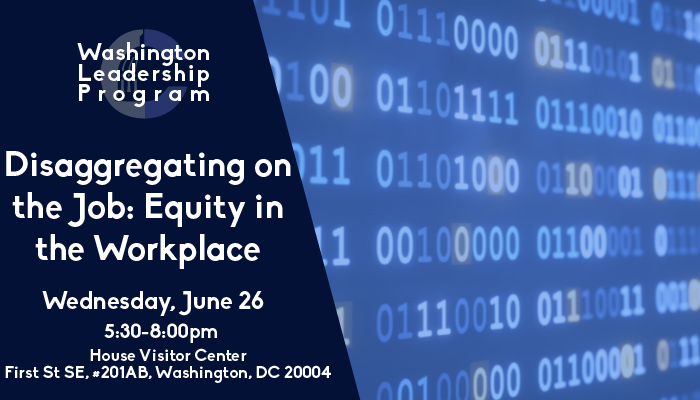 This session will break down what diversity truly looks like in the workplace, both within and outside of AANHPI community.  Participants will hear from panelists who can speak to the importance of thinking critically about how Diversity & Inclusion data are represented, and the impact on workplace culture. Registration for the event will begin at 5:30pm with our program following promptly at 6:00pm. All WLP sessions are free to the public, but seating is limited. Please register online to reserve your seat. Dinner will be provided. 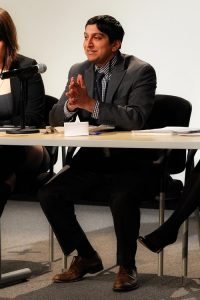 For over 10 years, Akil Vohra has worked to improve equity and access for some of our nation’s most marginalized communities. As the former Director of Strategic Initiatives at the White House Initiative on Asian Americans and Pacific Islanders (WHIAAPI), Akil lead the team that guided federal government policy on a range of substantive areas including education, data, civil rights, bullying and harassment, workforce diversity, religion, language access, and My Brother’s Keeper. Akil also served as the principal liaison to the President’s Advisory Commission on Asian Americans and Pacific Islanders and has developed strong partnerships with community based organizations, businesses, nonprofit organizations, and trade associations to advance this work. He previously led the Muslim Charity Works campaign at Muslim Advocates aimed at strengthening the Muslim nonprofit sector, and worked to amend terrorism financing laws through the USA Patriot Act. Akil is a graduate from the University of California, Irvine, and the George Washington University Law School where he was the recipient of the Michael Dean Cooley Award. 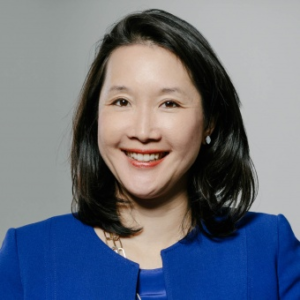 Jenny R. Yang served as a Commissioner and Chair of the U.S. Equal Employment Opportunity Commission from 2013 to 2018. Under her leadership, the Commission redoubled its efforts to tackle systemic barriers to opportunity, including launching a Select Task Force on the Study of Harassment in the Workplace and advancing equal pay through the collection of pay data.

Currently, as a Senior Policy Fellow at the Urban Institute, she has launched an Initiative on Employment Equity, to apply evidenced-based practices to advance diversity, equity and inclusion at work. In addition, she is studying the impact of structural and technological changes in the workplace on equality of opportunity for all workers. In addition, as a Partner with Working Ideal, she is assisting a wide range of employers to implement practices that shift cultural norms and promote behaviors that advance diversity, inclusion and equity. 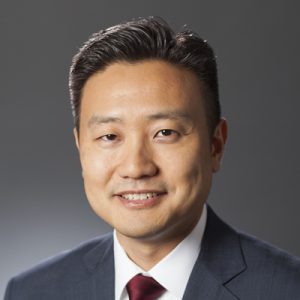 Kim previously served as Casey’s chief of staff and vice president. As chief of staff — a position he held since 2012 — Kim was responsible for fostering relationships and engagement between the Foundation’s Board of Trustees and its Senior Leadership Team, and leading the Foundation’s Office of the President In 2015, Kim assumed a second role — vice president — and assumed leadership of human resources and organizational development. Kim’s career at Casey dates back to 2002, when he joined the Foundation as a program associate for what is now called the Child Welfare Strategy Group. In this role, Kim worked with states and jurisdictions to reform child welfare and juvenile justice systems and reduce the number of young people placed in institutional settings. In 2005, Kim transitioned to director of grants management, where he oversaw the Foundation’s distribution of funds to more than 600 grantees annually while also overhauling of the organization’s grant-making process. In 2010, he left the Foundation to serve as director of strategic initiatives for the federal Corporation for National and Community Service in Washington, D.C.

Growing up in a Korean-immigrant family that worked in retail in the South Side of Chicago, Kim noticed at an early age that “there were vast disparities in the opportunities people had depending on where they grew up in the city.” Working at Casey has taught him that “if you are actively engaged in finding the right solutions, have the right resources and point of view about what it takes to bring about change, you can actually improve lives.”