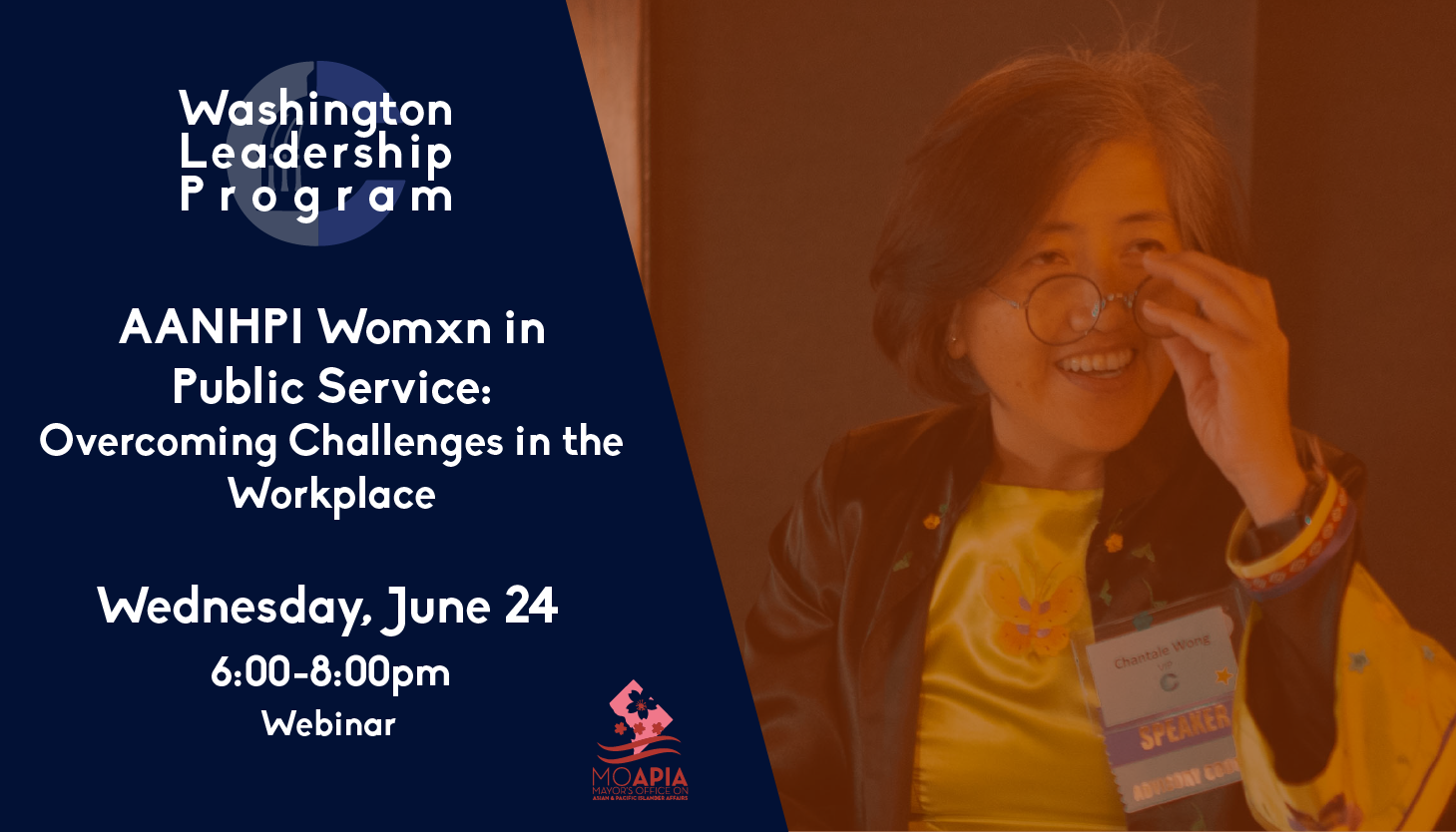 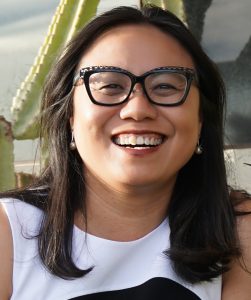 Sandy Hoa Dang, is a social entrepreneur, education expert, leadership trainer, and management consultant. Her passion is to develop and mentor young people to obtain quality education and to maximize their leadership potential to benefit society. In 2011, Ms. Dang was appointed by President Barack Obama to serve on the board of Vietnam Education Foundation (VEF), an independent U.S. Government agency with a mission to strengthen bilateral relations between United States and Vietnam through education exchanges. From 2014 to 2018, she served as the Executive Director of VEF. During her tenure, Ms. Dang initiated a leadership development program that includes Public Narrative and Adaptive Leadership for VEF Fellows who are scientists, engineers, and policy makers. She trained over 120 VEF Fellows in Public Narrative and Adaptive Leadership. She is the Co-founder and Principal of 11plus Philanthropy, a consulting company that provides leadership training, capacity building, and strategic planning to individual donors, foundations, and nonprofit organizations. Born in Hanoi, Ms. Dang left Vietnam when she was ten years old. After living in rural China and Hong Kong refugee camps for 3 years, Sandy with her family resettled in the United States at the age of thirteen. Because of her personal experience, Sandy has made it her mission to create educational opportunities for children and youths. For more than a decade, she served as Founder and Executive Director of Asian American Leadership, Empowerment, and Development (AALEAD), an organization that provided education to immigrant and refugee children. During her decade long tenure, she helped thousands of students to obtain academic achievement. Ms. Dang has received numerous awards for her outstanding public leadership, including being named Washingtonian of the Year in 2001. She also serves on the Advisory Board of the Association of Vietnamese Scientists and Experts Global (AVSE) Education Summit. In addition, she also serves on the Community Advisory Board of the John F. Kennedy Center for the Performing Art and Community Advisory Board of WETA, and a Board Member of the Center of Asian Pacific American Women Leadership. Ms. Dang earned a Bachelor’s degree from Duke University, Masters in Social Work from Catholic University of America and a Master’s in Public Administration from Harvard Kennedy School. She is also fluent in Cantonese and Vietnamese. 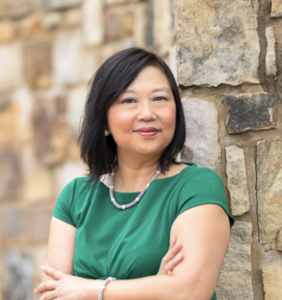 Sue Ann Hong joined the Center for Asian Pacific American Women (CAPAW) May 2018 as the interim Executive Director. As of January 2020, she is the President & CEO. Her career was with State Farm Insurance Companies for over 28 years, including Data Processing, Diversity & Inclusion, Corporate Business & Technology Portfolio Management and P&C Auto Claims. She’s led up to 600 employees in multiple locations, managed 1000 contract employees and supported customers and State Farm agents in 23 states.  She’s worked in various locations, including MI, IL, NY and GA. She infuses the philosophy of building trusting relationships, collaborating and bringing people together to achieve common goals. A 2002 Asian Pacific American Leadership Institute (APAWLI) Fellow, she continues her journey as a Whole Person Leader in her belief it’s the journey versus the destination. Her goal is to support CAPAW’s vision to build Whole Person Leaders one person at a time. Sue Ann graduated from the University of Kansas with a BSB in Business Management and earned a MBA from Western Michigan University. She is also a certified Life Coach (CLC). She currently resides in Atlanta, GA. 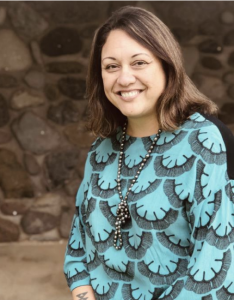 Sheri Daniels has been leading Papa Ola Lōkahi, the Native Hawaiian Health Board since 2016. Papa Ola Lōkahi (POL) is the organization charged by the United States Congress with administrative oversight of the Native Hawaiian Health Care Improvement Act [Public Law 102-396]. In this role, she leads efforts to improve the overall health and well-being of Native Hawaiians and their families, through strategic partnerships, programs and public policy. Born, raised, and currently residing on Maui, she has over two decades of experience in social service programs along with years of supervisory experience, including both government and non-profit management. It is through these capacities that Dr. Daniels has worked closely with Hawai‘i’s unique and diverse population to overcome inequities. Sheri is actively involved in various community and civic organizations locally, nationally and internationally. She was recently added to the International Indigenous Council for Healing Our Spirit Worldwide in 2018. In 2019, Dr. Daniels was added to both the Advisory Council on Minority Health (Office on Minority Health) and the Department of Health’s Tobacco Prevention & Control Advisory Board. A graduate of Kamehameha Schools Kapālama, Dr. Daniels received her bachelor’s in family resources from the College of Tropical Agriculture and Human Resources at the University of Hawai‘i at Mānoa. She carries a master’s in counseling psychology from Chaminade University of Honolulu, in addition to a doctorate from Argosy University, and currently holds several license certifications. She is married with 4 children who are students in the Kula Kaiapuni (Hawaiian language immersion) program. 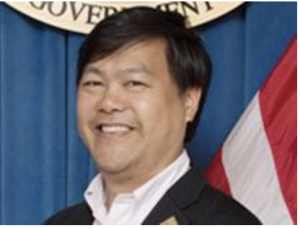 Ben de Guzman is the Director of the Mayor’s Office on Asian and Pacific Islander Affairs (MOAPIA). He has been a leading voice at the local and national level on issues of racial equity, immigrants’ rights, veterans affairs, and LGBT justice for twenty years. He comes to MOAPIA from the Mayor’s Office of LGBTQ Affairs, where he served as the  Community Outreach Specialist. During his tenure there, he helped execute two major first time events for the Office- the “District of Pride” LGBTQ cultural performance event and the 32nd Annual 17th Street High Heel Race, presented by the Mayor’s Office as lead organizer. He also served as both the Public Information Officer and the Americans with Disabilities Act Compliance Officer for the agency. As an advocate for equity and recognition for Filipino veterans of World War II, he played a key role in two of the most significant legislative victories on behalf of these soldiers. He led communications, outreach, and political strategies for the Filipino Veterans Recognition and Education Project that led to the passage of the Filipino Veterans of WWII Congressional Gold Medal Act in 2016. He also served as the National Coordinator for the National Alliance for Filipino Veterans Equity, where he organized a national legislative campaign that created the Filipino Veterans Equity Compensation Fund in 2009. For almost ten years, he was principal staff at the National Queer Asian Pacific Islander Alliance (NQAPIA), where he managed the policy and programmatic work for NQAPIA and its federation of 40 Asian American, South Asian, Southeast Asian, and Pacific Islander LGBT groups around the country. As the public face of the organization, he spearheaded efforts to promote both national LGBT campaigns around comprehensive immigration reform and a national LGBT Pride Month campaign from Asian American/ Pacific Islander advocacy organizations. His work in Asian American and Pacific Islander communities has spanned across the age spectrum. As a trainer for OCA: Asian Pacific American Advocates APIAU Leadership 101 program, he has trained over 1,000 youth and college students. As the National Managing Coordinator for the Diverse Elders Coalition, he led a national program to coordinate cross-sectoral work to bring together elders of color, LGBT elders, and Native American/ Indian American elders to engage the 2015 White House Conference on Aging. He has authored articles and op-eds that have appeared in mainstream and special interest media, anthologies, and academic publications,including the Encyclopedia of Asian American Issues Today. In 2015, he received a Community Service Award from Washington DC Mayor Muriel Bowser, and is pleased to come to MOAPIA and help recognize exciting new leaders moving forward. Ben is the son of Filipino immigrants and was born and raised in New Jersey. He first moved to the District in 1997 and is a proud resident of Ward 1. 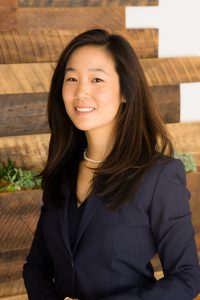 Samantha Chiu is a lead scientist in Washington, D.C. specializing in quantitative survey research and data collection in hard-to-reach populations. She has designed and managed fieldwork operations in post-conflict, crisis, and war zones around the world. More recently, she has worked in Afghanistan, Bangladesh, China, Haiti, Indonesia, and Malaysia.  Samantha currently consults with Booz Allen Hamilton for the Department of Defense. Samantha’s past clients include USAID, Counterpart International, World Bank, U.S. State Department, and Facebook. In a pro-bono capacity, Samantha is the Head of Research for Witness Change and the past-Chair of Business for Statistics Without Borders.  As a PhD student, differential privacy and attitudes towards data privacy preserving mechanisms with University of Maryland, Berkeley Simons Institute for the Theory of Computing, and the US Census Bureau. Samantha is a subject matter expert on the gender gap; original projects include: The Gender Research Initiative, Women in Muslim Countries Project, Coding with Girls, Women Who Code — Accra, Ghana, and an impact program with Women in Statistics and Data Science. She has managed and trained international and domestic field teams to collect national-level data where non-prior exists; with special attention to quality control and sampling validity. Samantha believes in the power of data to strengthen the voices of at-risk communities.