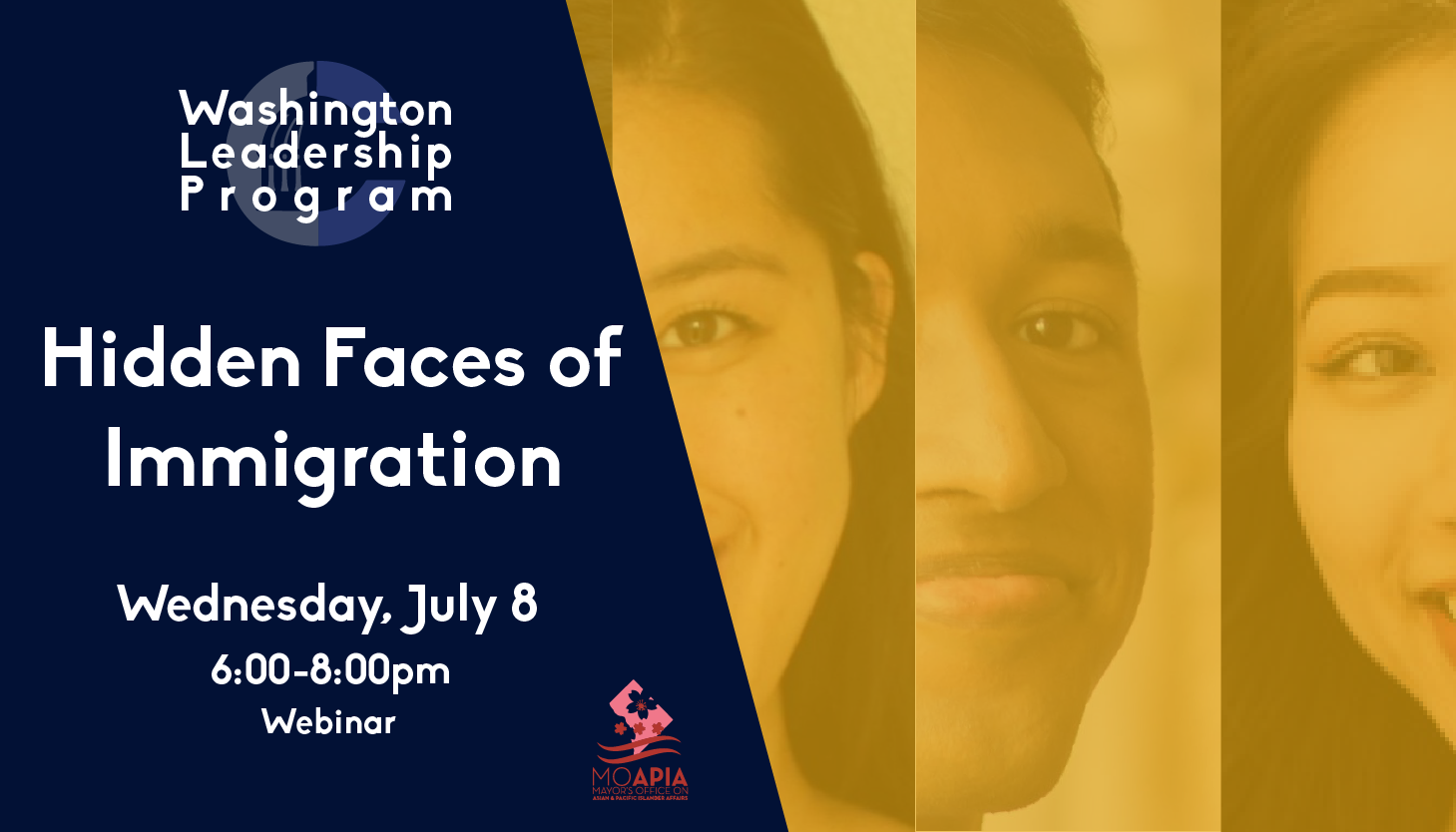 This session will focus on the major immigration issues and challenges we face today and will highlight prominent AANHPIs in policy making and public service within this subject matter. Key topics of discussion include issues such as sanctuary cities, undocumented migration, family sponsorship, work visas, refugees, and comprehensive immigration reform. 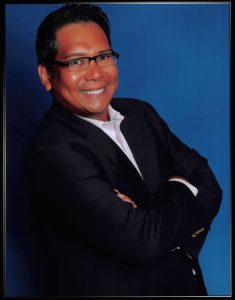 Glenn D. Magpantay, Esq. is a 30-year veteran of the LGBTQ rights movement. He is currently the Executive Director of the National Queer Asian Pacific Islander Alliance (NQAPIA), a national federation of Asian American, South Asian, Southeast Asian, and Pacific Islander lesbian, gay, bisexual, and transgender organizations. He received the Walter & Evelyn Haas, Jr. Fund’s award for Outstanding LGBTQ Leadership for Immigrants’ Rights in 2017. He was named as one of INSTINCT MAGAZINE’S “25 Leading Men of 2004. He organized the first ever LGBT testimony before The White House Initiative on Asian Americans & Pacific Islander in 2000. He spoke at the National March on Washington for Lesbian, Gay, and Bi Equal Rights and Liberation in 1993. Before NQAPIA, Glenn was a nationally recognized civil rights attorney at the Asian American Legal Defense and Education Fund (AALDEF), where he practiced voting rights law. He has published several scholarly articles and has been quoted in The New York Times, Washington Post, USA Today, Associated Press, MSNBC-TV, NBC Asian America, and The Advocate. Glenn chairs the LGBT Committee of the Asian American Bar Association. He inspire new minds as a Professor of Asian American Studies at Hunter College/ CUNY and Columbia University. Glenn attended the State University of New York (SUNY) at Stony Brook on Long Island, and as a beneficiary of affirmative action, graduated cum laude from the New England School of Law, in Boston. 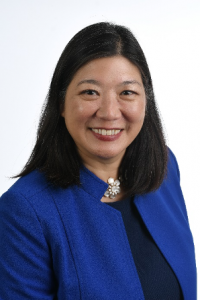 Jacinta Ma is the Vice President of Policy and Advocacy at the National Immigration Forum (Forum). She spearheads the development and implementation of the Forum’s policy priorities. She has more than 20 years of experience in law, policy, and civil rights. Before joining the Forum in 2014, she was the Deputy Director at Asian Americans Advancing Justice in Washington, DC where she oversaw a team of lawyers and other professionals working on civil rights issues that affected the Asian American community. She has a wide-range of experience as a civil rights attorney on issues as diverse as employment discrimination to transportation equity to litigating bias-motivated threats or intimidation cases. She also serves on the Board of Directors for the Asian Pacific American Legal Resource Center. Originally from southern California, Jacinta earned her J.D. from New York University School of Law and her B.A. from the University of California, Berkeley. 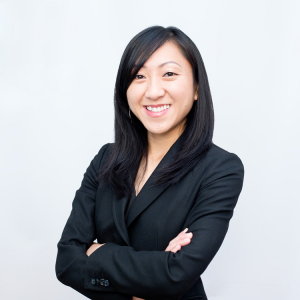 Quyen Dinh is the Executive Director of the Southeast Asia Resource Action Center (SEARAC). Originally formed in 1979, SEARAC was founded by a group of American humanitarians as a direct response to the refugee crises arising throughout Southeast Asia as a result of U.S. military actions. Today, SEARAC represents the largest refugee community ever resettled in America as a civil rights organization and works to empower Cambodian, Laotian, and Vietnamese American communities to create a socially just and equitable society through policy advocacy, advocacy capacity building, community engagement, and mobilization. As Executive Director, Quyen has advocated for Southeast Asian Americans on key civil rights issues including education, immigration, criminal justice, health, and aging.  Quyen has spoken widely about Southeast Asian American communities and has appeared in American Radio Works, NBC, Public Radio International, and Voice of America. Under Quyen’s leadership, SEARAC has authored national legislation and passed California legislation calling for transparent, disaggregated data for the Asian American community. Quyen has also extended SEARAC’s coalition presence and leadership in other civil rights and social justice movements through her leadership roles with the National Council of Asian Pacific Americans (NCAPA), Detention Watch Network (DWN), the Diverse Elders Coalition (DEC), RISE for Boys and Men of Color, and Allies for Reaching Community Health Equity (ARCHE) Action Collaborative. Prior to SEARAC, she built lasting infrastructure for the International Children Assistance Network (ICAN) in San Jose, California serving Vietnamese immigrant parents, grandparents, and youth.  Born to Vietnamese refugees, Quyen identifies as a second-generation Vietnamese American.  She holds a Masters of Public Policy from the UCLA Luskin School of Public Affairs, and a Bachelor of Arts degree in English from the University of California, Berkeley.  Quyen was born in New Orleans, LA, and grew up in Orange County, CA and San Jose, CA.  She currently resides with her husband in Washington, DC. 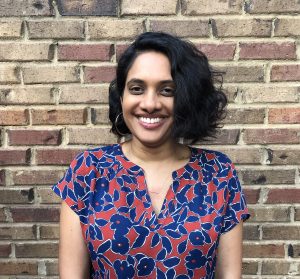 Lakshmi Sridaran currently serves as the Executive Director of South Asian Americans Leading Together (SAALT). From 2014 to 2019, she was SAALT’s Director of National Policy and Advocacy where she led the organization’s external engagement and developed SAALT’s policy and legislative agenda, which primarily focuses on immigration, racial profiling, and combating hate violence. Prior to that she served as the Policy Director for The Praxis Project, a Washington D.C. based national movement support organization focused on health justice in communities of color. Before moving to D.C., Lakshmi completed six years of work in New Orleans, Louisiana immediately following Hurricane Katrina, working in Black-led organizations to help improve federal contracting opportunities for Black and women-owned businesses; institute participatory budgeting to expose inequitable distribution of federal recovery dollars; and preserve public schools and infrastructure from rapid privatization. Lakshmi is grounded in her early organizing experiences, which include fighting for living wages for campus workers; working to reverse Prop 209, which banned affirmative action in California; helping ensure land retention for Black farmers in her home state of Georgia; and conducting voter outreach in Haitian and Latinx communities in Miami leading up to the 2004 presidential election. Since 2009, Lakshmi has served on the Board of the Southern Initiative of the Algebra Project, originally founded in Mississippi in the 1980’s to use mathematics as an organizing tool to ensure quality education for every child. She holds a Masters degree in City Planning from Massachusetts Institute of Technology and a B.A. in Ethnic Studies from The University of California, Berkeley. 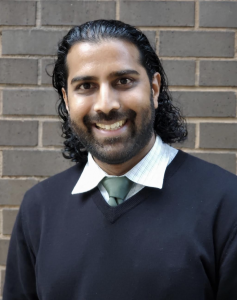 Shyam Gadwal (he/him/his) is the Vice-President of Programs at Asian Pacific Islander American (APIA) Scholars joining the organization in January 2020.  APIA Scholars is the nation’s largest non-profit provider of college scholarships for low-income, first-generation Asian and Pacific Islander American (APIA) students. Shyam comes to APIA Scholars having spent ten years at Teach For America (TFA), most recently as the Chief of Staff for the Baltimore office along with positions on TFA’s National teams. In addition, he served on TFA National’s Asian American Native Hawaiian Pacific Islander (AANHPI) Advisory Committee supporting the recruitment of AANHPI teachers and the leadership development of AANHPI staff.  Shyam joined Teach For America as a high school science teacher in Houston, Texas in 2006 as an Amgen Fellow. In 2010, Shyam co-founded MERIT Health Leadership Academy, a comprehensive academic program supporting Baltimore high school students aspiring to be health professionals.  Together with public and private partnerships MERIT encourages a supportive college persistence culture and access to paid health-based internships.  He currently serves on the organization’s Board or Directors. Shyam graduated from University of Maryland, Baltimore County (UMBC) as a Meyerhoff and MARC Scholar with a degree in Biology.  In his free time he enjoys cooking Indian fusion dishes and practicing various types of yoga.