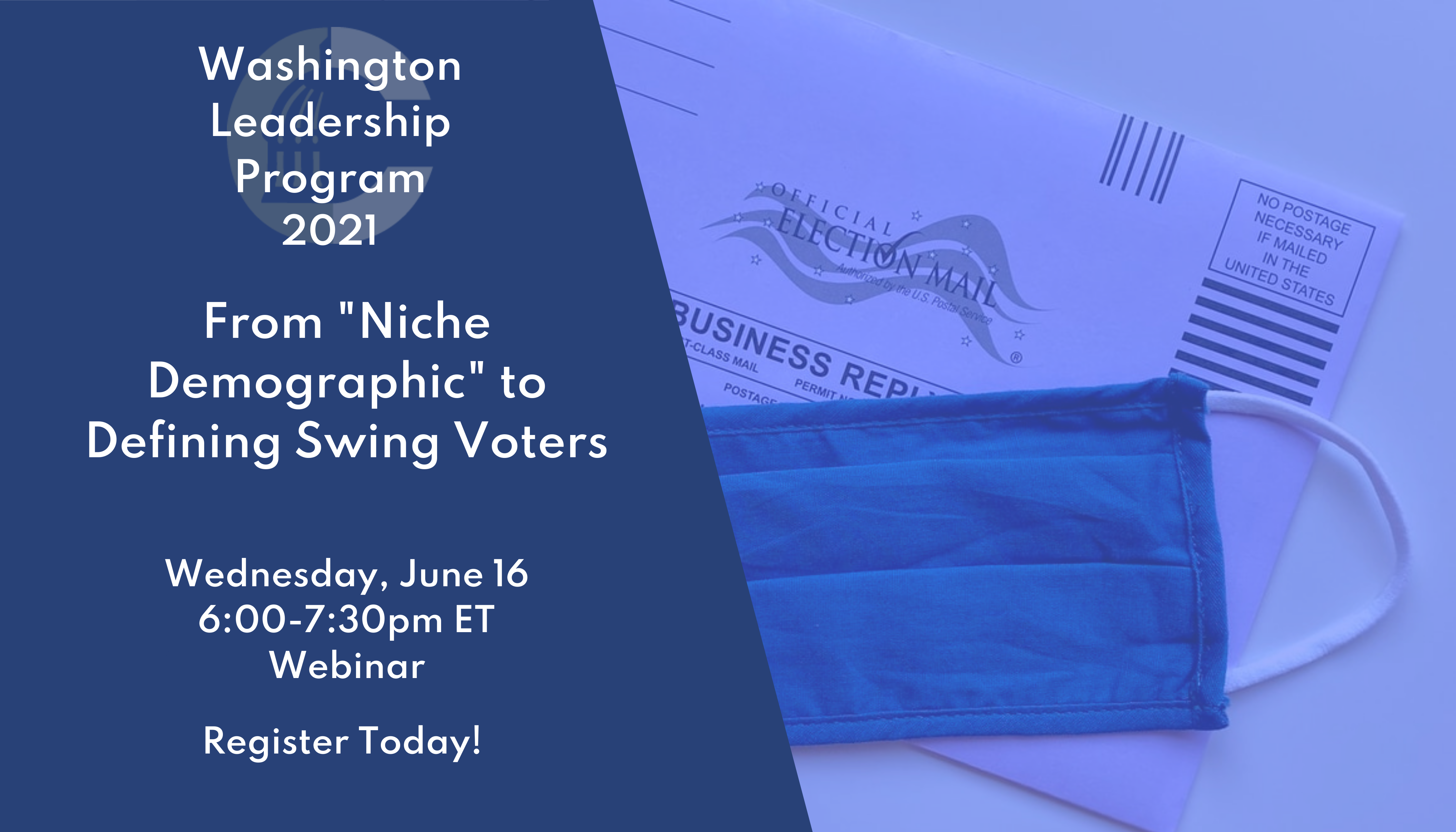 This session will focus on the role of the AANHPI community in the 2020 election, particularly as a voter bloc in swing states/counties. Key topics of discussion include: AANHPI voter participation (both historically and currently), AANHPI voter engagement and mobilization, as well as the growing power/voice of the AANHPI community in politics. Key takeaways can include avenues in which to get involved in elections and grassroots organizing as well as public service. 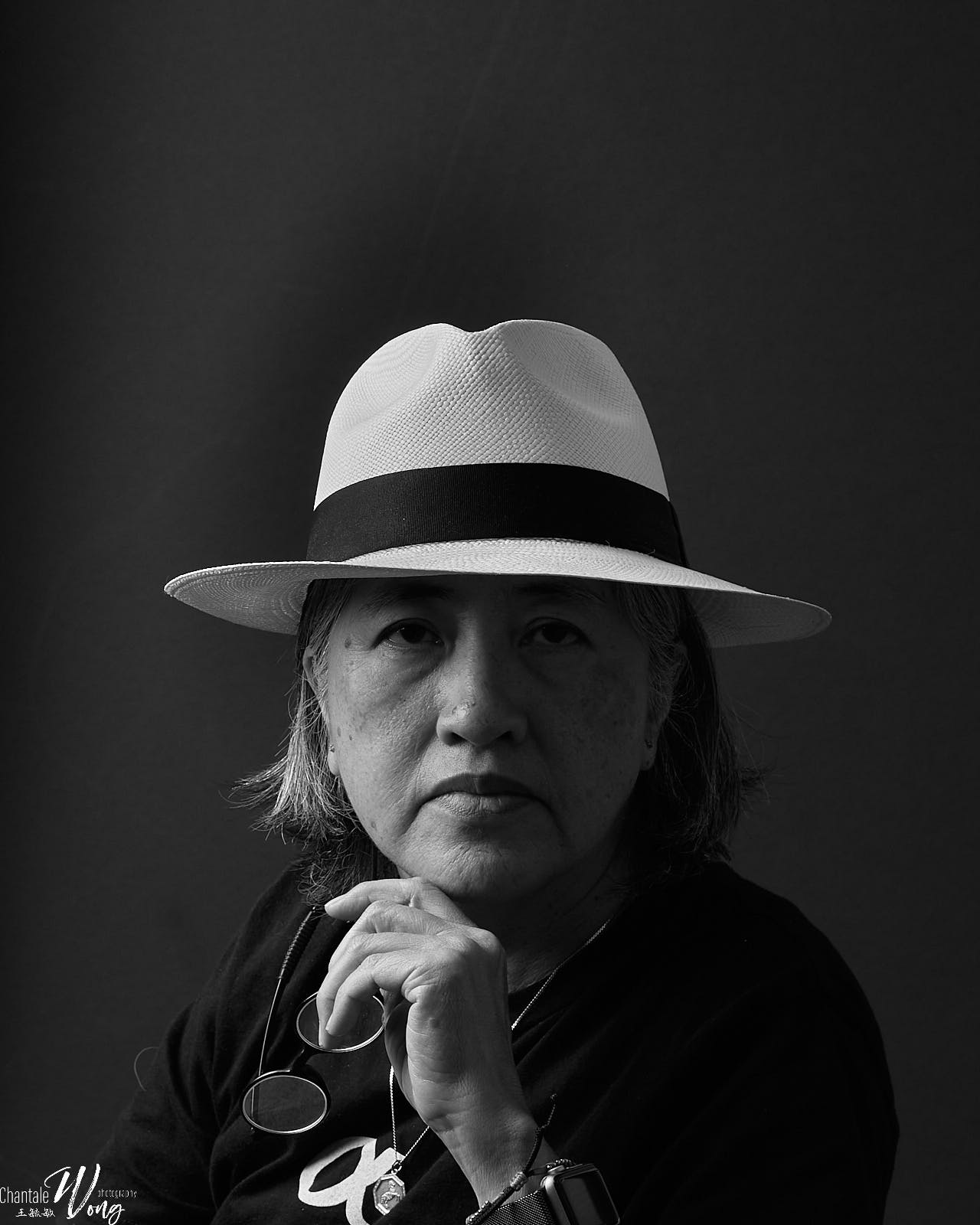 Chantale Wong had a long and distinguished career in public service.  During that period, Chantale was a participant in some of the most significant events in our US history. Having spent the majority of her professional career in public service and in locations around the world representing the United States in key positions, she regrets at not having captured those moments of significance.  She retired after 23 years and has begun a new journey as a photographer.

Her work has included photography in several continents.  Several of her photos were selected for the “UnPresidented: Inauguration of Donald J. Trump and the People’s Response” photobook that documented the 3 days surrounding the Trump Inauguration, with one of her images landing the cover of the photo book.  She has also produced many landscape images that captures the essence of time and place.  Her portrait work captures the souls of the subjects – chronicling urban blight in East Baltimore or photographing crew teams on the Anacostia early in the morning and at Hanover Bridge in Baltimore.  Her travels to Cuba, India and Nepal and the epic trip on the Trans Siberia Railway have produced stunning images of cultures remote and afar.  The current focus of her photography journey has brought her to photo journalism documenting events of our communities.  Since 2017, she has chronicled the annual Civil Rights pilgrimage to Selma, Montgomery and Birmingham with Congressman John Lewis – earning her the role of being the official photographer and videographer for other civil rights pilgrimages of the Faith and Politics Institute.

She is a board member of several non-profit organizations including Focus on the Story – an organization dedicated to supporting and encouraging photographers of diverse backgrounds to explore the power of visual storytelling to spark social change.

Chantale is the founder of CAPAL and chair of CAPAL’s Advisory Council.  She has volunteered in every Presidential campaign since President Bill Clinton and many congressional, state and local races.  Follow Chantale at chantalew (Twitter), chantale1 (IG) 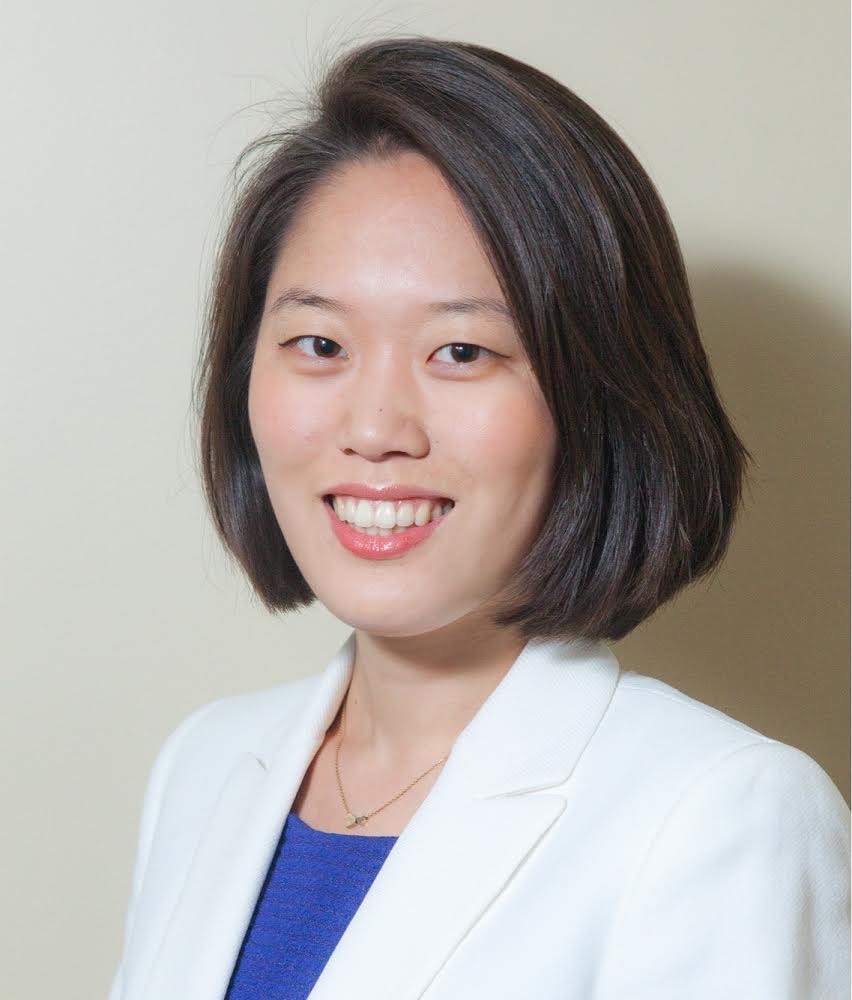 Grace Choi is the Director of Policy in the New York City Mayor’s Office. Recently, she served as the Constituency Director for Asian American & Pacific Islander Outreach for the Stacey Abrams for Governor Campaign. Previously, she was the Associate Director for Global Gender Policy and Advocacy at Save the Children. She served in President Obama’s Administration as Policy Advisor in the Secretary of State’s Office on Global Women’s Issues and as Staff Assistant in the White House Liaison’s Office at the U.S. Department of State.

Prior to her political appointment at the Department of State, Grace worked for the Council of Korean Americans (CKA), the Congressional Asian Pacific American Caucus (CAPAC) in Congresswoman Judy Chu’s office, the Presidential Inauguration Committee, President Obama’s 2012 Presidential Campaign, the U.S. Committee for Human Rights in North Korea, and the U.S. Department of Homeland Security’s Refugee Affairs Division.

She is a Council on Foreign Relations Term Member, is a Council of Korean Americans Member, was a Member of the White House National Security Leadership Workshop, and served on the Conference on Asian Pacific American Leadership Board of Directors as Vice Chair for Programs. She holds a Master of Arts in Law and Diplomacy from the Fletcher School at Tufts University and a Bachelor of Arts from Boston College. Follow Grace at Twitter: @choigrr and Instagram: @choigr 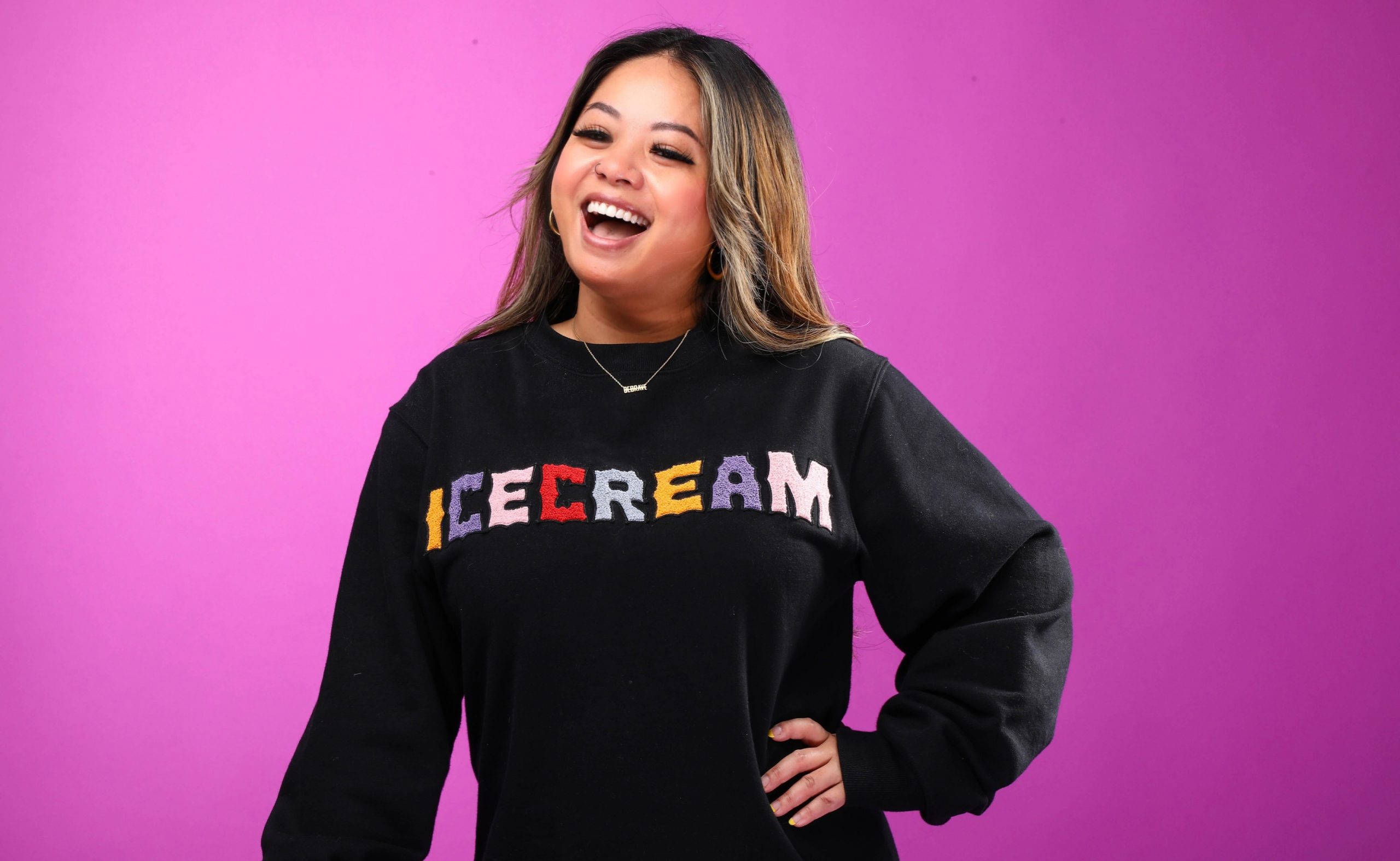 Linh Nguyen has extensive political campaign experience, specializing in outreach strategies to young voters, Asian-Pacific Islanders, and communities of color, while working for a number of candidates across the country. She spent the 2020 presidential year with Sen. Cory Booker as his Director of Coalitions and was the Political Director for #TheNew campaign: a creative collaboration between RUN AAPI and Meena Harris’s Phenomenal Woman. She later joined the Democratic Party of Georgia as their AAPI Coalition Director, overseeing engagement with the Asian-Pacific communities during the Georgia runoff elections. Linh rounded out the election cycle with the Presidential Inaugural Committee’s Office of Public Engagement to welcome in the Biden-Harris administration. She consulted in creative programming and partnerships. Currently, Linh consults on API engagement in disaster relief and public health emergencies with Gov. Newsom’s Office of Emergency Services and is the Executive Director of RUN AAPI. Follow Linh at @L4nguyen @runaapi on IG and Twitter 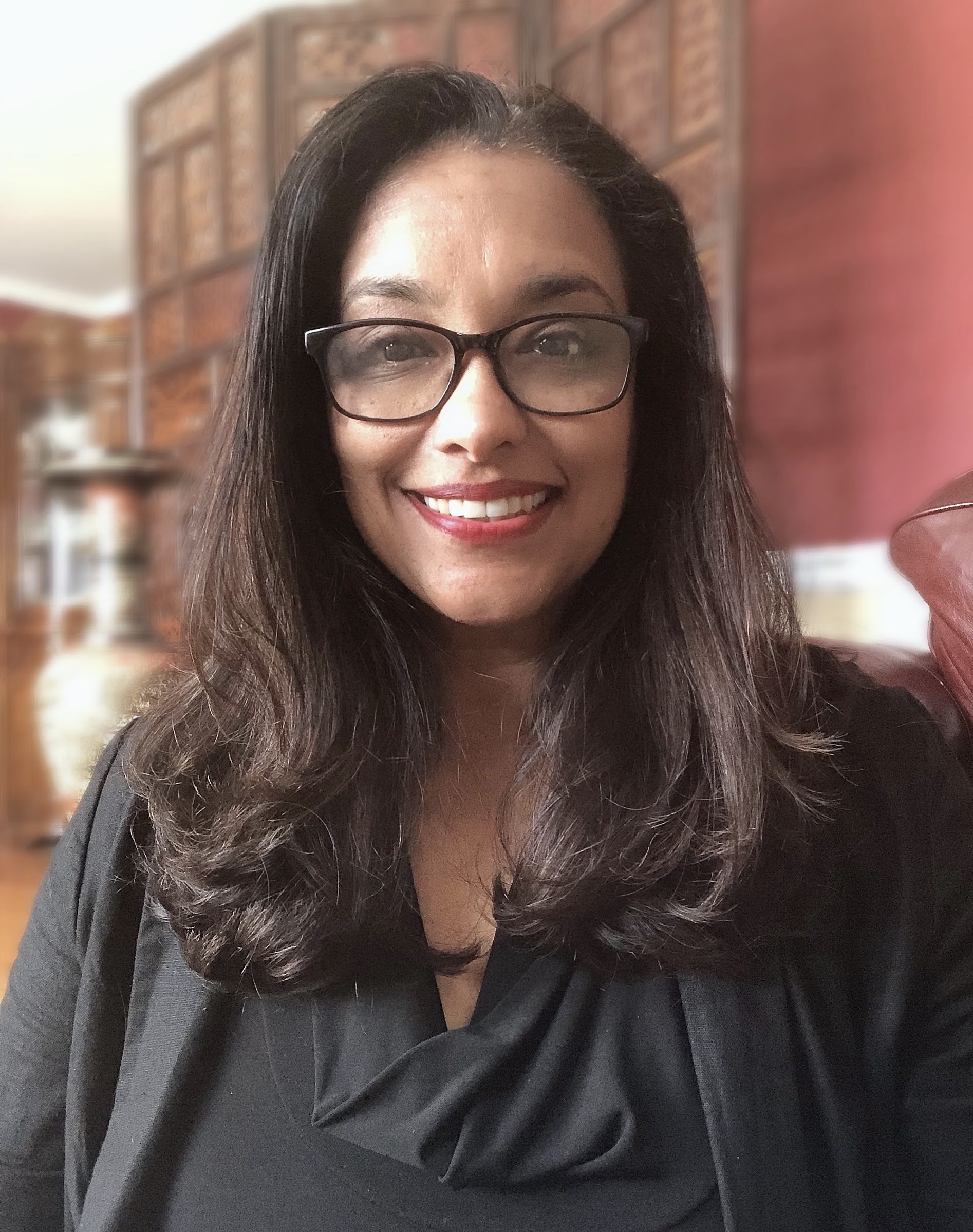 A graduate of Georgia State University in Economics, Vyanti Joseph is a long-time community organizer and advocate for immigrant and human rights in Georgia. She had a professional career in Business Intelligence and Program Management before moving into social advocacy spaces in the last couple years. In 2020, Vyanti recently joined the Asian American Advocacy Funs as their Organizing Director. Previously, she served on the GA AAPI Advisory Council for Biden Harris and was the first AAPI Director hired in the 2020 GA election cycle, working on Senator Warnock’s campaign in the primary and the runoff. She is also co-founder of the GA chapter of They See Blue, a national organization that helped propel historic winning margins in the South Asian voter turnout, as well as No Safe Seats, a progressive organization mobilizing women in Metro Atlanta. Vyanti has dedicated many volunteer hours to organizing relief for refugees, the unsheltered, food-insecure communities, and gender violence victims. Her Indo Caribbean roots, friendly nature, and love for relationship building across organizations have propelled her work in helping marginalized communities. Follow Vyanti at @vyantijoseph @asianaf 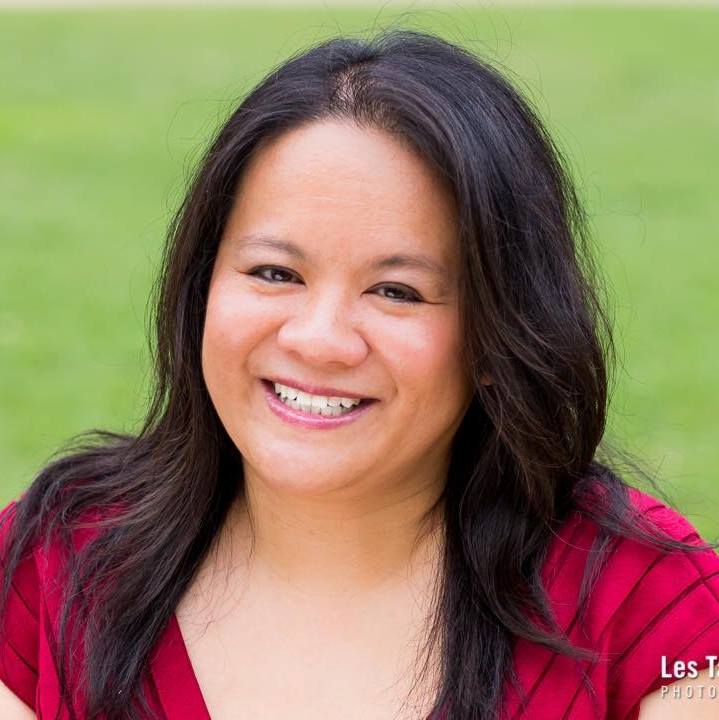 Christine Chen is a co-Founder and Executive Director of Asian Pacific Islander American Vote (APIAVote), one of the most trusted national, nonpartisan organizations. APIAVote’s mission is to work with local and state community based organizations (CBOs) to mobilize Asian American and Pacific Islander (AAPI) communities in electoral and civic engagement. Since 2007, APIAVote has been building power in AAPI communities by investing in their capacity and infrastructure to mobilize voters. This investment, as well as, proactively training and resourcing community leaders across the country, paid off in the 2020 election cycle and Census. Under Chen’s leadership, APIAVote strengthened and expanded APIAVote’s partners into 28 states and made two historical milestones; attracted, then candidate Joe Biden to speak directly to the AAPI electorate, a  first in history for a Presidential nominee, and second, contributed to the groundwork that led to the highest AAPI voter turnout in history.

Chen has been a champion for the empowerment of AAPI communities from the start of her career. Moving to Washington, DC, from Ohio, she took on organizing and leadership roles at the Organization of Chinese Americans (OCA), and started a consulting firm, Strategic Alliances USA which was built on her broad and deep pool of relationships and skills in the AAPI community and in government. Chen’s firm included clients such as the Linsanity documentary, Comcast, and USDA to coordinate their outreach to Hmong farmers in Arkansas.

While serving as Executive Director of OCA National from 2001 to 2006, Chen served as a member of the executive committee of the Leadership Conference on Civil and Human Rights, founding member of APIA Scholars, and served on numerous boards including the National Council of Asian Pacific Americans and Demos Board of Trustees. She currently serves on the Kennedy Center Community Advisory Board and the Center for Asian American Media.